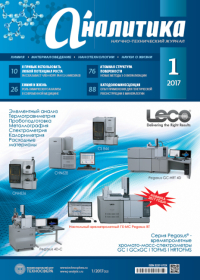 In geology and mineralogy application of cathodoluminescence detectors that
are mounted on scanning electron microscopes and electron microprobes is usually
limited to visualization of zoning of mineral individuals. Attempts to make use
of minerals’ ability to emit in genetic reconstruction are few. The present study
provides an example of a methodical approach that yields a new understanding
of koswites formation within the Kondyor massif through analyzing fluorapatite
cathodoluminescence patterns


[1] The sample courtesy of A.G. Mochalov, leading researcher at the Institute of Precambrian geology and geochronology, RAS

[3] In the system supposed, monazite and thenardite are analogues of xenotime and anhydrite [11].
Analytics. Issue #1/2017
Readers feedback
Leave a feedback